As the summer reaches its end, so do our "under the hood" operations. We've been working on many details invisible to our users, but helpful for the future.

Without further ado, here's a shortlist of what we've been up to in August:

A subject we've talked about last time. We announced a new option would be added, and it has! Now you can set up a default budget percentage on a system level. As you may already know, we've automated a significant part of ActiveCollab. Creating recurring tasks, project templates, task dependencies, setting tracked hours as billable or not by default, and so much more, has been made simple.

We believe people shouldn't waste time doing repetitive tasks when software can do it all for them. Our goal is to let you focus on Real Work! So, set up a default budget percentage for all your projects, and you won't have to think about it again. Each time you spend, for instance, 50% of a project's budget, you'll be notified.

This change is not something you'll easily notice. We've been tidying up the code to improve performances and make the app run a little faster. Sounds like a quick fix, but in reality, it took up quite a lot of time. The good news is, from now on, there should be fewer glitches and less loading time.

Back in November, we had a similar situation with QuickBooks. Xero is saying goodbye to OAuth1.0, and we're making sure our integration keeps on running smoothly. Cloud users don't need to worry about anything, as everything will be updated automatically. On the other hand, Self Hosted users will receive an email with detailed instructions on how to reconnect their Xero account.

ActiveCollab's uptime during August was 99.85%. It's not 100% because we worked on a necessary architecture change. The coupling of the main ActiveCollab application with one internal service was the leading cause of the downtime back in June, and we are happy to have these two systems decoupled now. Not only do we expect increased system resilience, but also a slightly better performance! 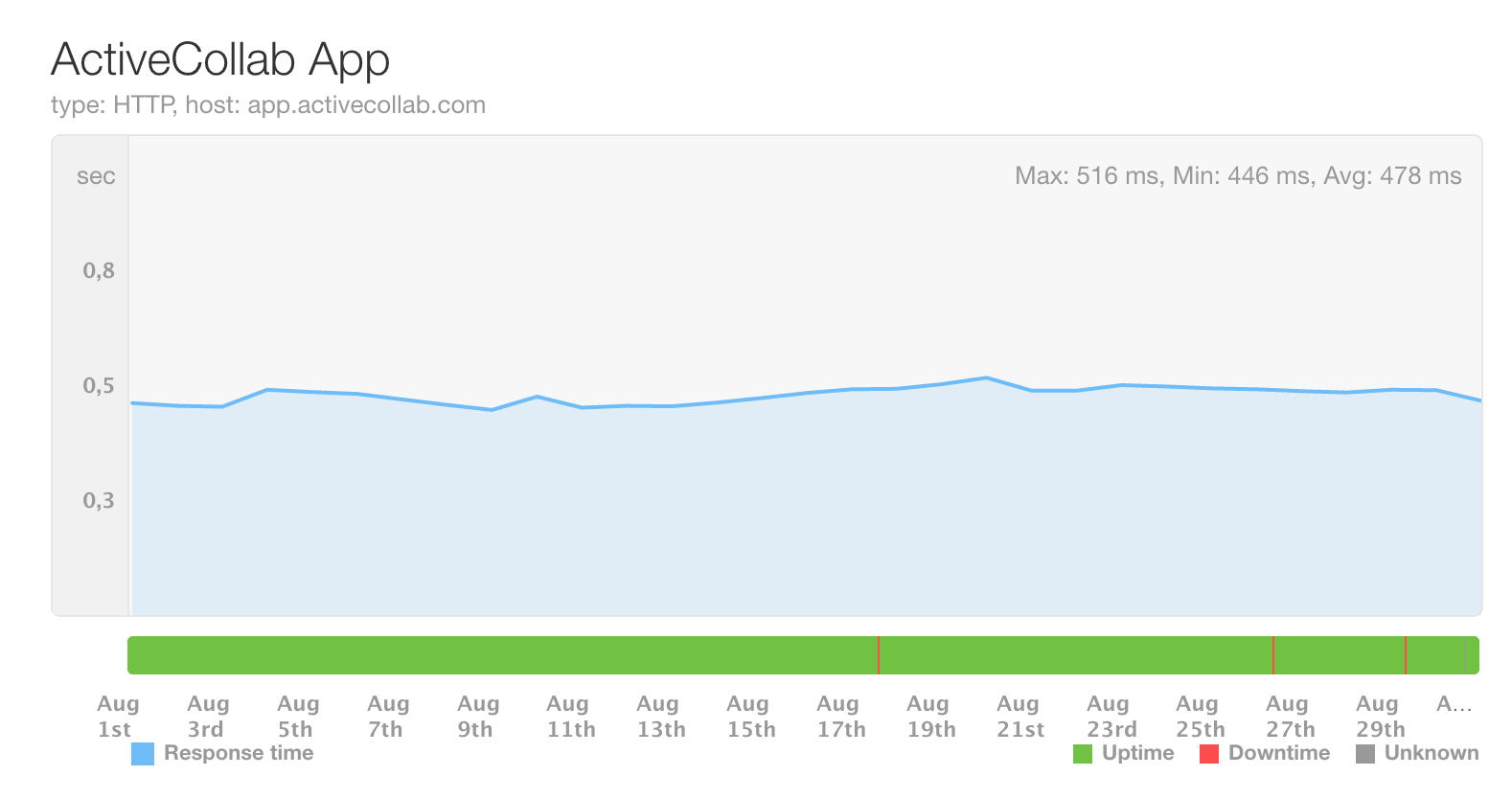 My Work finally gets the spotlight! The plan was to start working on it in August, but the task modal proved trickier than it seemed. It was also a period filled with vacations. We're now ready to tackle one of the most demanded features: grouping tasks by their due dates in My Work!

September marks the beginning of a new school year, but it's also usually the beginning of many projects. We'll talk more about them as they unfold in the following months, so stay tuned! And stay safe.

Billable or Not? Set as Default!