Project managers who have been in this business for a long time know that plans are very variable. Even the best-thought-out plans can go astray, and one delayed task can derail the entire project.

That's why experienced project managers use management flow to keep everything in line. If you want to avoid delays and keep your project on the right track, it's time to get familiar with the term float.

But let's move on to a more concrete meaning. Float represents the amount of time a particular task can be delayed without jeopardizing or delaying the entire project. We can identify two float types: free float and total float.

Total float is the amount of time you can delay the task without delaying the final project. When project managers mention project float, they are referring to total float.

On the other hand, we have also introduced the term free float, which is generally the time a task can be pushed back without affecting other tasks on a critical path. It's important to make a distinction between these two.

Free float might not pose a considerable threat if the next task can absorb the delay. But, if this delay reaches the total float, the project schedule might be compromised.

How is float calculated?

There are a couple of ways to calculate free and total float. Most project managers don't perform float calculations by hand because it takes too much time, and project plans tend to change very often.

To get accurate, real-time results, it's best to use project management software that calculates everything automatically. But, if you want to do this manually, make sure to go through the following steps.

You can apply a total float calculation to a whole project or an individual task. This calculation represents the difference between the finished date of the last task and the project completion task. This way, you will know how much time the critical path can be delayed before it affects the project.

To make this term even simpler, you just need to make the difference between the finished date of the last task and the planned date of the task you are doing calculations for.

We mentioned free float in the previous section. This term shows how long you can delay a specific task before it affects the following assignment in line. If you want to calculate free float in project management, simply subtract the current task's due date from the next task's planned start date. The difference you get is a free float.

Let's say you've estimated that one activity will last ten days. However, you need to complete it in five days due to some circumstances. You know that you require ten days for this activity, but this constraint interferes with your plans, and it doesn't allow you to go beyond five days.

Essentially, the term negative float represents the time you must save to help the project reach its completion time. If you are dealing with negative float, you have scheduling problems.

Example of float in project management

Since we've defined different float features and what float itself means, we believe it would be easier to understand this expression by giving you an example.

Let's assume you need to renovate one part of your home, a living room, and you have 50 days to complete this project because you have a big party planned in two months. To finish this renovation project, the following things need to happen.

All the activities are a part of a critical path and have zero float. We can add other tasks to this float, like decorating or adding new pieces of furniture; however, they are more flexible and aren't part of the critical path. For example, you can decorate anytime you want, even after your party ends.

And, when it comes to furniture, you already have a big sofa where people can sit. Later on, you can add armchairs or lazy bags.

The importance of float in project management

Many see float as a bunch of numbers, but it's actually a very important tool that helps team members learn more about their work while boosting the project's productivity.

Float keeps the project on the right track. By monitoring the total project float or TF, you can ensure your project is delivered on time. If you see that the total float is approaching zero, now is the right time to act and take care of the remaining tasks. They need to be completed efficiently. You may involve additional resources to help your team finish the remaining tasks faster than originally planned. If you encounter a problem or can't finish the project on time, notify stakeholders and clients about this delay.

It boosts prioritization. With the help of free float, you can identify which task needs to be prioritized and which are more flexible. For example, if your task features a low float number or zero float, it should be on top of your list. On the other hand, an assignment with high free float can be pushed to a later date because there is no rush in finishing it.

It helps increase team confidence. Last but not least, free float is used to keep teams happy, motivated, and efficient. For example, if task A is moving slowly and threatening to jeopardize task B, give your team extra resources to help them complete their work. Make sure to let team B know that their work might be delayed. By closely monitoring free float, you can spot issues early and prevent your team from becoming frustrated due to sudden delays. If team B knows about these delays, they can move on to something else. 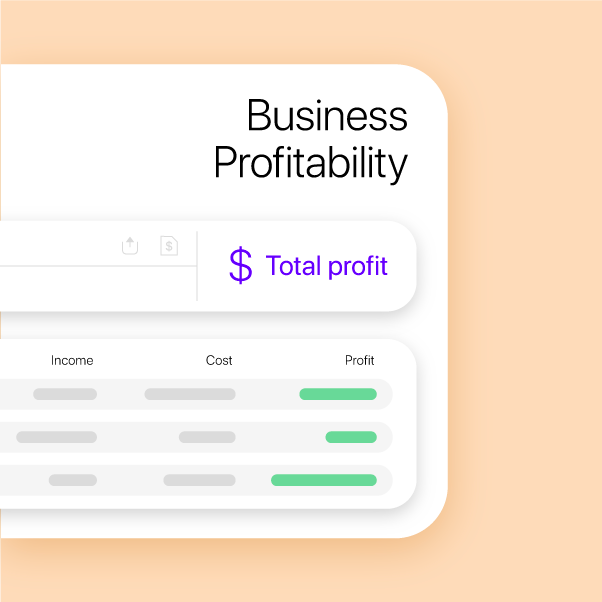 No More Emails Thanks to ActiveCollab - c’est beau studio

The In-app Chat Is Now Available on Mobile!