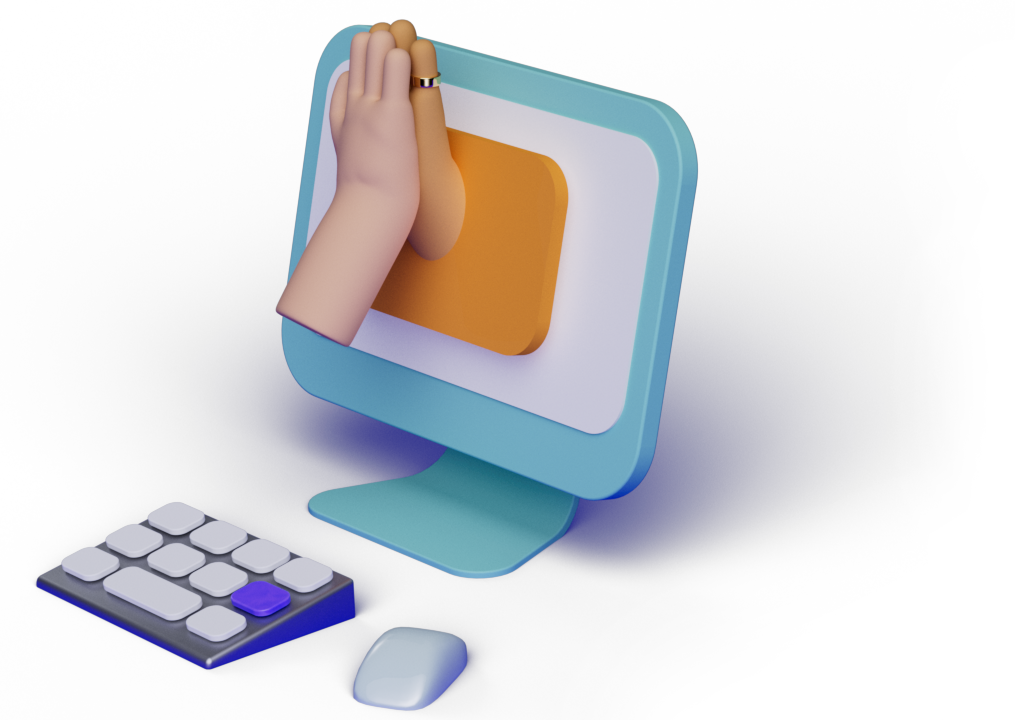 Designers are most known for dealing with changes to their final results and comments such as "Make the logo pop more!", "Looks great, but let me send over a few suggestions". They're not the only ones with that problem! Other teams and freelancers deal with the same issues, only it won't be a logo but the design of a website, video material, short or long-form content, etc.

Whatever the industry, make sure to define as much as possible right off the bat. The more projects you have under your belt, the more you'll know your own capabilities, your team's limits, specifications on what's included in your price and what's not.

The main reason behind conflicts, misunderstandings, and frustration lies in a vaguely set project scope, leading to scope creep. Scope creep is an uncontrollable expansion of project goals that were not previously agreed upon.

It's far too easy to slip and skip a project's boundaries. Our best advice is to document everything, communicate transparently, insist on timely feedback, and keep a firm grip on goals and deadlines.

Whether you decided to quit your 9-5 or trade your time off for more income, a freelancer isn't born overnight. Before you succeed in landing your first gig, and giving up in the process, make sure to go through the necessary questions and do everything right.

What are you good at?

Ask yourself which of your skills could be worth selling because not every skill is a service. For instance: making enormous chewing gum balloons may be impressive, but it won't secure an hourly rate. Making pretty braids may also be an admirable skill, but until you perfect it into something that will bring value to paying customers, that's all it will remain.

Another supreme example is being acquainted with a foreign language. First off, how good are your writing, listening, and speaking skills? Even if they're at the highest level, do you know how to use the language? Speaking a foreign language doesn't necessarily imply you'll be able to translate to or from it, nor that you can teach it to others.

Think hard about what you're good at and if you can make a living out of it before proceeding further. But don't forget: you'll never reach a point of perfection. It's better to start small than building skills to infinity while being unable to cash them in!

Who are you selling to?

Just like a farmer looking for a great spot in the market, do your due diligence and find your buyers. You could start with telling your friends and family that you're open to occasional additional work. They're the ones who'll most likely think of you and recommend you whenever they hear someone's looking for what you're offering.

Next up, visit platforms built explicitly for freelancers. If you're unsure about your skills, start small, look for individuals searching for help or tiny businesses that don't have the personnel needed for the task at hand on board. If you're confident about your know-how, shoot for bigger, higher-paid projects.

Know your audience. If you're best at hand-drawing, maybe children's book editors would be interested in your work. Data analysis? Everyone who works in the marketing industry needs to handle A LOT of data that needs to be sorted and analyzed.

Show off your work

Think about it, if you need a graphic designer, would you just take their word they're "really good at that stuff"? Or would you like to take a look at what they've done so far? If you don't have a portfolio, create one. Collect all the work you've done so far, and keep adding more. Some jobs are harder to represent than others, but do your best to show your expertise to potential customers.

If you've already sent out word and created a profile on platforms for freelancers, yet no one's contacted yet, it's time to get in touch with clients yourself.

Use social media to your advantage! There are plenty of groups you can become part of. From time to time, a job offer could pop up, and you'll want to be aware of it. Spruce up your LinkedIn profile and stay updated on job openings, do some research and find businesses you'd like to offer your services to.

A habit we should all have in many areas of our lives is to sit down and rewind everything we've done and find ways to get better. Once a project is wrapped up, for instance, it's common to organize a retrospective meeting with the whole team to check how it went, what were the stepping stones, and how to be better next time.

Freelancers wouldn't be holding meetings with themselves, but taking a look back and reviewing who they approached, how it went, and what needs to be changed to have more success in the next venture, could be very useful.

Real-life feedback from our customers

Improve the way you work with ActiveCollab Project Management and additional features.

“I can safely say that our internal email chains have all but disappeared. When we work with several clients on multiple projects, you can imagine the hot mess of emails that can pile up in the blink of an eye. It was becoming nearly impossible to find critical information in a timely fashion.”

“It’s really useful for me ​​as a producer for our clients and also as a business owner to be able to track the time that’s being put into projects. Also, it means our clients know what’s going on.”

Many different teams have discovered ActiveCollab positive sides. Read it all in customer stories

Collaborating with clients in ActiveCollab

A short guide on how to make the most of the tool meant to help you out with the teams' assignments.

When you get in touch with a potential client and understand what they need, create an estimate with essential details. Insert its name, your client's company, address, currency, and preferred language. Then, add items of the service you're offering, their prices, and their quantity. The total will be automatically calculated. If you like, add a note, send via email or download as PDF, and then send it away to your client. Made a mistake or need to add something? No problem, edit your estimates as much as necessary. You can always view the history of changes and access logs.

If you're applying the same type of work to various addresses, simply duplicate the estimate and change the necessary details. Automating the process will save you plenty of time that you could invest in more important activities!

Mark as Won or Lost

You'll have an overview of all your estimates on the main page, sorted by their status. Once a client accepts your offer, you can mark the estimate as "won" and transform it into a project. The sum you agreed upon will be automatically set as the target budget, but you can change it at any time. In case you're not managing your projects in ActiveCollab, you can also turn the estimate directly into an invoice and send it to your client to be paid.

Keeping all the information about every client can become a messy business. Between spreadsheets, documents, emails, contact lists, it's easier to lose than find something. In ActiveCollab, you can create a profile for each company you're working with and store all their details in one place. In the menu on the left, go to People > New Company, and insert all the necessary data.

You can also personalize your hourly rates by company and job type. For instance, you could agree to charge translating services $10 per hour to Company A and $9.5 to Company B. When creating invoices, all you need to do is select a company, and the rest will be automatically filled in. Also, you'll be able to access and review all the invoices you've sent to a company from their profile page.

There are clients you need to work more closely with, whether because you've been collaborating for a long time or the project is large and of massive importance. You can assign them the role Client+ in ActiveCollab and give them more permissions.

For example, you could attach the files they requested on a task, tag them, and then assign them the task for approval. They'll be able to see a list of tasks assigned to them in My Work and provide you the necessary feedback.

On the other hand, you'll still be able to hide tasks from them by checking the "Hidden from clients" box. They won't see projects they're not invited to, nor your estimates, invoices, reports, and the People section.

ActiveCollab lets you run projects with different types of budget: non-billable, fixed, and time and expenses. We recommend non-billable projects for internal projects. Fixed budget, just as the name says, implies a specific sum you've agreed upon. Bonus tip: set up budget alerts, so you don't breach any limits. The Time and expenses option is useful when you're getting paid by the hour. Either way, you can invoice your work item by item.

Go to Invoices > New Invoice, choose the company you're sending it to, select the invoice's due date and the items to be billed. You can create a free form invoice or select items from your existing projects, even invoice only items from a certain period of time, add discounts, notes, a QR code, and private comments. Once you're happy with what you've created, send it via email or download the PDF.

We've also enabled add-ons for the most popular accounting tools, QuickBooks and Xero. Once you cover the basics in ActiveCollab, you can continue processing your invoices in these two tools. All the changes you make there will also be reflected in ActiveCollab, so they will automatically be marked as sent, paid, etc.

We all know how awkward it is to remind people to pay for your work. Most people would rather forget about the money than having to sit down and email or call their clients. So, we've automated the process for you. Go to System Settings > Edit invoicing settings > Overdue reminders. Set up their recurrence, along with a message (a default one will already be waiting for you).

The last step is obviously getting paid. You can connect several gateways to receive payments online: PayPal, PayPal Payflow Pro, Authorize.Net, Stripe, or Braintree. This completes the process from an offer to a successful payment!

ActiveCollab has everything you need!

Improve the way you work with ActiveCollab Project Management and additional features.

For personal use or professionals getting started with smaller projects. Limited to the three seats included in the plan.

For smaller teams that need a platform for collaboration and managing projects. Limited to the three seats included in the plan.

For larger teams and companies that need to overview the entire business and workflow in one place. Billed per member.

per member / per month

See the comparison table of all our features. Compare plans